This four part series will discuss the history of classical guitar through the instruments of some of the tradition’s most important and innovative luthiers. This post discusses the father of the modern classical guitar, Antonio de Torres. Antonio de Torres was a Spanish guitar maker who lived from 1817-1892. It is believed that Torres built around 320 guitars, of which 88 are known to still exist. The industry widely accepts that Torres is responsible for many of the structural and design features for which guitars are known for. Guitar-like instruments such as the citara, the double coursed baroque guitar and the lute all existed long before Torres, but his developments transformed the instrument into what we know today.

The Addition of Bracing

The most important design change Torres made was the size of the instrument. Guitars in Torres’ time were about 20% smaller with a narrower upper bout. This made the instrument louder with a more present bass range and greater complexity of tone. Enlarging the instrument creates a challenge: How do you support the structure of the instrument? This led to the now standard fan-bracing style. The Torres bracing style has seven braces radiating outwards from the sound hole with a couple other supporting braces. This allows the builder to make the top thinner but still provides enough structural support that the instrument, under the tension of the strings, doesn’t collapse. 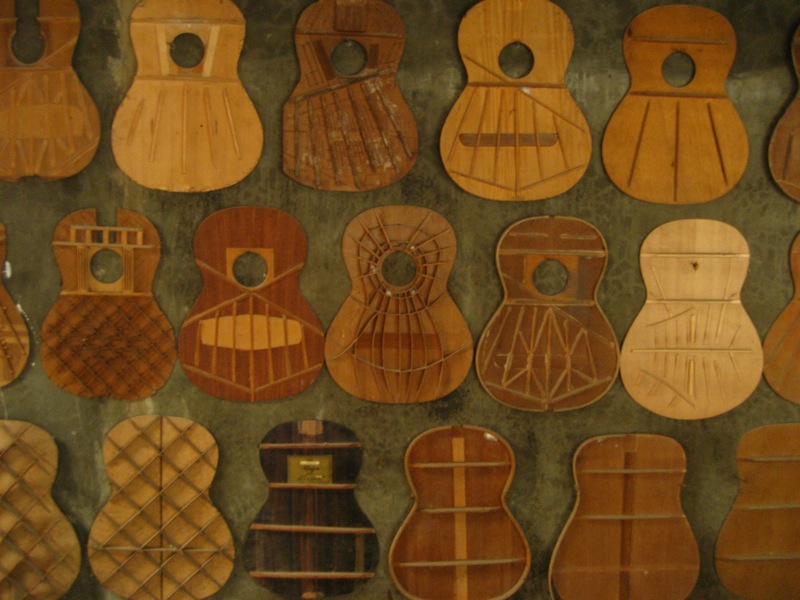 Authentic Torres instruments are rare. When they do appear, they are pricey (around $250,000 or more). For those without this kind of budget, Cordoba Guitars makes a faithful reproduction of Torres’ instruments. After studying three different guitars made by Torres, Cordoba created the Cordoba Master Series Torres Model. They also added modern updates that the modern player will appreciate. Handmade by a small team of talented luthiers in California, there are few guitars that match the quality that the Torres name demands for the price that these guitars are offered.

Want to learn more about Cordoba guitars? Check out our website.

Welcome to The Guitar Shop at Johnson String Instrument! 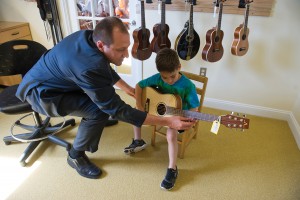 While JSI’s excellent reputation for providing quality bowed instruments to aspiring string players has long been known (since 1976!), we want to spread the word about the success of our relatively new fretted instrument division: JSI’s Guitar Shop.

With the opening of The Guitar Shop in 2012, the Johnson family returned to their folk roots, recalling their very first music shop called the Columbus Folk Music Center, based in Columbus, Ohio in the 1960s. Here, Roger and Carol Johnson played host to Jerry Garcia, Peter Seeger, Doc Watson, and other folk, old-time, and blues musicians. 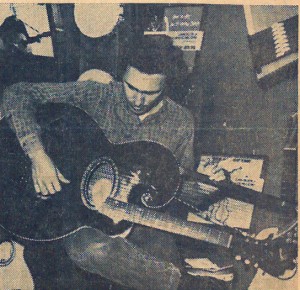 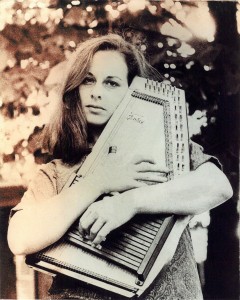 When the family moved to Newton, Massachusetts in 1974, violins, violas, and cellos became the focus, and Johnson String Instrument grew to become the largest bowed string instrument shop in New England. Today, with the addition of a wide selection of acoustic guitars, mandolins, banjos, and ukuleles offered at JSI’s Guitar Shop, Johnson String Instrument has become the most comprehensive stringed instrument company on the East coast, opening up vast possibilities of music-making to our customers!

The Guitar Shop at JSI carries some of the finest fretted instruments at the best value to be found. We’ve chosen the best-sounding models of guitars (steel and nylon-string), mandolins, and ukuleles from renowned fretted instrument companies, including Cordoba, Eastman, Northfield, and Yamaha, and have begun our own line of 1/2-size and full-size guitars: The AJ Series Guitars. Set up to our exacting standards, we ensure that our fretted instruments are easy to play and produce a beautiful tone quality. JSI’s Guitar Shop also offers fretted instrument accessories and setup services.

To learn more about fretted instruments at Johnson String, watch the video below, visit The Guitar Shop on the Johnson String Instrument website, and keep an eye on our blog site!

Make sure your friends and loved ones receive their gifts before the holidays! Check out our shipping cutoff dates!… https://t.co/NzHogNo7n3

Looking to expand your sheet music collection? Selected Henle and Barenreiter titles are up to 30% OFF!… https://t.co/fRJWAeea5o

Have you seen our remote learning resources yet? View them here: https://t.co/f8lySPwKp6 https://t.co/PIixfVW1sc

It's our Cyber Monday Sale! Get 25% OFF all Soundbrenner products! https://t.co/lxVrCBsHiS https://t.co/9fa7Szxyy4