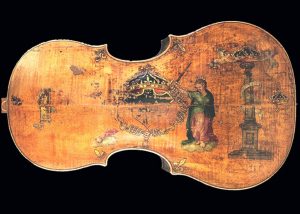 For those interested in the history of the violin family, there is a brilliant museum piece currently on loan at New York’s Metropolitan Museum of Art. The “King” cello is the earliest surviving bass instrument in the violin family. This unique piece was crafted in the mid-16th century by luthier Andrea Amati.

The Amati family was renowned for their mastery of the craft and founding of the Cremona school of violin making in Italy. Their … Read more

This four part series will discuss the history of classical guitar through the instruments of some of the tradition’s most important and innovative luthiers. This post discusses the father of the modern classical guitar, Antonio de Torres. Antonio de Torres was a Spanish guitar maker who lived from 1817-1892. It is believed that Torres built around 320 guitars, of which 88 are known to still exist. The industry widely accepts that Torres … Read more

Everyone loves a "buy one, get one free" deal during the holidays, and we've got a long list of promotions to share… https://t.co/aO9v0Xdfvx

The Johnson String Project is a 501(c)(3) foundation that provides high-quality instruments to children in El Siste… https://t.co/ngFQycUlfl

We couldn't wait until November 25th to share this Alessandro Roma violin outfit with you — a beautiful full-size i… https://t.co/PrAHvU90i6