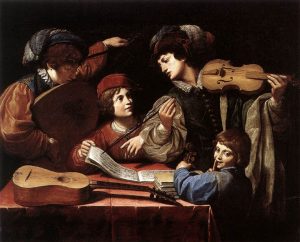 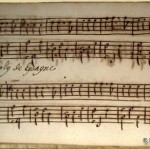 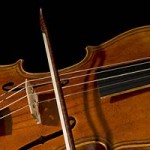 Welcome to our blog  about stringed instruments, players, and composers of the Baroque period!

We at Johnson String Instrument and Carriage House Violins are very interested in early music and period instrument performance practice, and hope this blog will be a valuable resource for our readers. We will present regular blog posts for you to learn about stringed instruments, string players, and composers throughout the periods of music history.

Below is a list of blog posts contained in Gut Feeling: A Look at String Players of the Past, presented by Johnson String Instrument and Carriage House Violins: 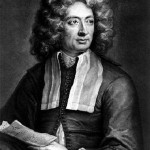 Corelli’s place as one of the most prominent violinists in Italy took hold shortly after his arrival in Rome around 1675. He performed in high-level concerts for many of Rome’s prominent figures, including Cardinal Benedetto Pamphili (1653-1730), an influential figure and a strong patron of the arts. Throughout his musical career, Corelli took on many roles beyond performing and composition, including conducting orchestras and directing theatrical productions. Corelli passed away in 1713, and was buried in the Pantheon.

Sonata “La Folia”, for violin and keyboard; Opus 5, no. 12 (1700). This sonata is based on a popular dance melody known as “la folia” (the folly) that originated in Portugal. The dance gained popularity throughout Europe in the 16th–18th centuries, and was used in over 150 compositions.

The Christmas Concerto for 2 solo violins, string orchestra, and continuo; Opus 6, no. 8 (1714). This popular concerto grosso  was written for Christmas, with the given title Fatto per la notte di Natale (“Made for the night of Christmas”).

This article about Corelli is the first installment of JSI’s blog:

Gut Feeling: A Look at String Players of the Past.

Join us on Friday, October 15, 7:30–9:30PM, on Facebook for a livestream masterclass with Ian Swensen, Isaac Stern… https://t.co/TTwMQiVe97

Johnson String Instrument is sponsoring a "Spooky Strings Contest" and awarding the winner a set of Thomastik Rondo… https://t.co/oevbTWphAe