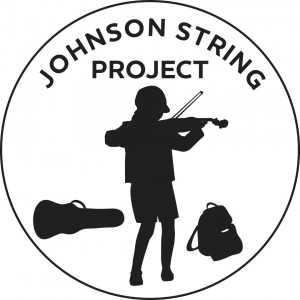 Formed in the spring of 2015, The Johnson String Project is a non-profit organization based on the Johnson String Instrument rental model and designed to offer the same level of service and high-quality instruments to children in under-serviced communities that all JSI customers have come to expect.

The efforts of the Massachusetts Cultural Council are what make this possible. Through their SerHacer initiative, the MCC was able to distribute grants to qualifying El Sistema inspired programs across the Commonwealth. The Johnson String Project received $30,000 through SerHacer as well as generous private donations.  This combination of public and private funding will be used to supply rental instruments for these programs.

Our mission at The Johnson String Project is supporting El Sistema-inspired string programs in under-serviced communities in Massachusetts. One of the largest barriers these programs face is obtaining high-quality instruments. Through the development of our instrument lending library, we strive to ease these financial burdens and provide access to this crucial piece of the musical experience.

To learn more about the Johnson String Project, check out our video.

Johnson String Instrument is a proud supporter of the Johnson String Project. Our goal is to bring high quality, well-maintained instruments to under-served children throughout Massachusetts. See our program in action by watching the video below. For more information, please visit our website.

The Johnsons have  a long history of serving music programs throughout the state. Though Johnson String Instrument already serves a growing number of El Sistema-inspired programs, we have been searching for a way to better serve these and other programs that cater to culturally under-served communities. Founder Carol Johnson discovered in conversations with various program directors that many have a hard time getting enough funding for the instruments they used as well as their upkeep. From this need and desire comes JSI’s newest endeavor: The Johnson String Project. As a non-profit organization operated out of JSI, the String Project is designed to offer the same level of service and high-quality instruments that all JSI customers have come to expect at discounted rates for qualifying programs. This will allow the program to assist El Sistema and other initiatives aimed at under-serviced communities based on individual needs.

The efforts of the Massachusetts Cultural Council are what make this organization possible. Through their SerHacer initiative, the MCC was able to distribute a set amount of funds to the programs and the Johnson String Project through grants. In order to qualify for the grant, programs must meet specific requirements outlined by the organization, the most important of which being that they serve a high-needs community. The funds received by Johnson String Project are dedicated to the rental and purchase of instruments for these programs.

This post discusses El Sistema-inspired programs located in Massachusetts. For more information about El Sistema in Venezuela and the United States, please see our previous post, What is El Sistema?

Eight of the country’s registered El Sistema programs are located in Massachusetts, with the majority being in the Greater Boston area. Programs are located in Boston, Somerville, Cambridge, Roslindale, Pittsfield, Dorchester, Hyde Park, Roxbury, and Jamaica Plain. Each program serves a different type of community, but almost all of them serve schools where the majority of children are on free or reduced lunches or communities that are left needing in other ways. Five of Massachusetts’ programs operate within Boston Public Schools: El Sistema at Conservatory Lab, Josiah Quincy Orchestra Program, Bridge Boston, Margarita Muniz Academy, and musiConnects.

New England Conservatory has historically been a supporter of national El Sistema-inspired programs. From 2009-2014, the school had a Sistema Fellows Program, also referred to until 2011 as the Abreu Fellows Program. It was designed as a professional training program to prepare students to create, head, manage, and teach an El Sistema-inspired program in both the United States and abroad. With only 10 fellows per year, it was a highly selective program. Fellows gained experience through local programs, once established, as well as first-hand experience in Venezuela. They were also required to spend one year after graduation working with El Sistema initiatives. Many of the current programs operating in Massachusetts were created and run by former Fellows, including Bridge Boston, Conservatory Lab, Josiah Quincy Orchestra Program, and Revolution of Hope.

The Longy School of Music at Bard College also has a long-standing relationship with Massachusetts’ El Sistema programs. Most directly, they run an event called Sistema Side by Side. Begun in 2014, it is a series of concerts that bring together the different El Sistema programs in Massachusetts to play with members of the Longy Conservatory Orchestra under the guidance of varying conductors. They attend joint rehearsals and perform a concert together. The most high-profile conductor of the series to date was Gustavo Dudamel in March of 2014. The school also has a Master of Arts in Teaching (MAT) in Music degree that trains and certifies students to teach in El Sistema-inspired programs. Based in Los Angeles, CA, the program is part of a greater partnership  with the Los Angeles Philharmonic and its affiliated El Sistema-inspired programs. This initiative promotes the spread of music education’s social impact to under-serviced areas. In addition, all students of the conservatory, regardless of degree program, take a year of classes that provides them with the skills and experience to put together a community musical presentation that is both meaningful and educational. It culminates in a student-created project that is then brought to a location in the community. Many times this is one of the state’s El Sistema programs but it can also be hospitals, prisons, or community centers.

On the state level, the Massachusetts Cultural Council has created a program through their Creative Youth Initiative to benefit the growing number of El Sistema programs in the state. Called SerHacer (To be, To make), it is designed to help the organizations through what the MCC describes as “technical assistance, grants, and convenings.” It was put in place to help facilitate access to these programs for the growing number of children and families currently living in poverty. With the help of this initiative, Johnson String Instrument intends to expand its contribution to the Massachusetts El Sistema community.

Fuel your motivation with this week's inspirational quote from virtuoso musician Itzhak Perlman, who, in the middle… https://t.co/b732CiDcL6

Can you scare us with a spooky melody? Join our Spooky Strings Contest and get a chance to win a Thomasik Rondo str… https://t.co/N0KwcpL6zR

One of the most revered conductors of his generation, Maestro Bernard Haitink, has passed away at 92. He retired in… https://t.co/gJB397zoX5